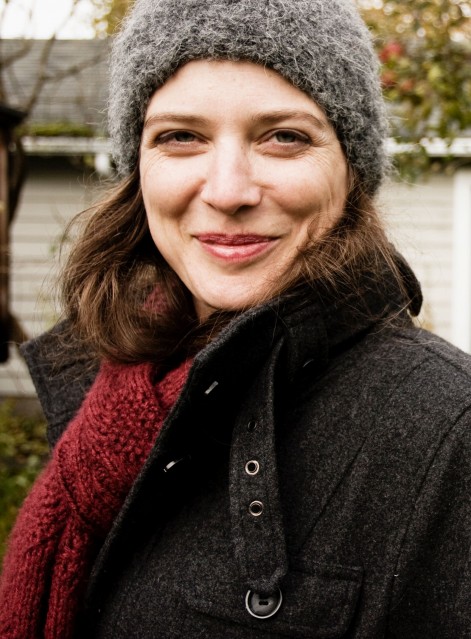 Shannon Stephens is a Seattle-based singer/songwriter.  She began her career in 1993 as the voice of the Michigan folk-rock band Marzuki, co-led by Sufjan Stevens.  When Marzuki disbanded, Stephens moved to Seattle and embarked on a solo career. Shortly after the release of her debut LP, she lost her taste for the business side of musicianship and retreated, spending the next eight years focusing on home, family, and the pleasures of an abundant garden. Those years of domesticity gave rise to 2009’s The Breadwinner – an album described by Exclaim! as “intensely relevant, lyrically incisive and richly deserving of your attention.”

In 2008, Bonnie ‘Prince’ Billy covered Stephens’ song “I’ll Be Glad” on his album Lie Down In The Light. In 2010, Asthmatic Kitty Records re-released her debut LP, which was included in the Paste magazine piece “Five Amazing Albums In My iTunes You’ve Never Heard Of”.

Stephens produced her third album, Pull It Together, in 2012 with the help of Grammy-award winning engineer Kory Kruckenberg. The album brought together a brilliant cast of musicians, and featured a duet with Bonnie ‘Prince’ Billy, a collaboration with New York songwriter DM Stith, and backing vocals by Galen Disston of Pickwick.  Pull It Together represented a leap in confidence and songcraft for Stephens.  She received the award of “Best Female Vocalist of 2012” and was counted among the “Ten Best Seattle Albums of 2012” by The Seattle Weekly.  City Arts Magazine glowed “Shannon Stephens is a talented musician, a master of subtle stagecraft and a fantastic songwriter with an increasingly brilliant body of work.” Stephens toured Pull it Together nationally for six weeks.

In 2013 Stephens released her “Something Good” EP, showcasing the talents of her live band.  The EP featured covers of Depeche Mode’s “World in my Eyes” and Stevie Wonder’s “Tell Me Something Good” alongside two reworked originals.

With her fourth album in the writing phase, Stephens is currently alternating between short regional tours and total hermitude.