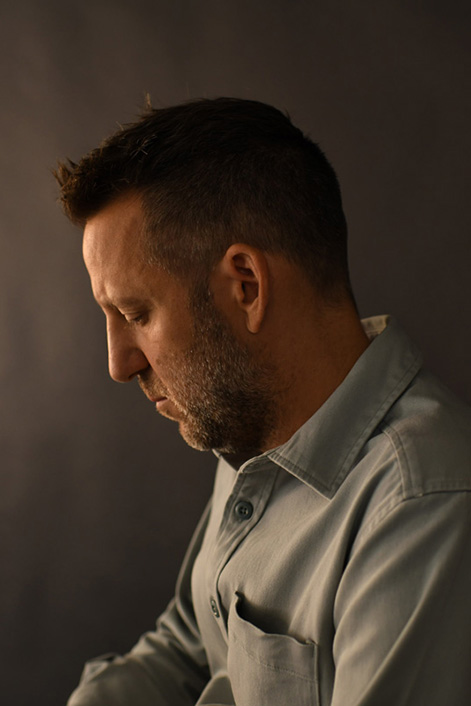 In a way, even the start of Denison’s musical career was an accident. Hoping to print a hundred or so copies of his first CD, Safe Away (1998), a teenaged Denison found himself stuck with ten times that many, and went on his first tour in an attempt to keep the extras from going to waste. He sold the whole thousand, including one copy that found its way into the hands of the Burnt Toast Vinyl label, and a recording project intended for a tiny audience turned into a full-fledged album release.

The title of his seventh album, Are You a Dreamer? (Militia, 2005), offers a clue to Denison’s songwriting process. According to Denison, music—or life—is sometimes like a dream, the connections between one idea and another, or one moment and the next, making sense on an intuitive level rather than a rational one.

But that’s the beauty of a dream: “I like it when things don’t necessarily add up,” says Denison, “and I’m okay with that, when things spin a little bit out of control.” And when his songwriting follows along with that intuitive logic, “instead of necessarily guiding it,” he says, “for me, those have always been the most successful moments creatively.”

But calamity struck while Denison was working on the follow-up to his eighth album, 2008’s Carry the Weight (Militia). His father fell terminally ill, and Denison took a break from music-making in order to care for him. He helped friend and producer Devin Greenwood build the Honey Jar, a recording studio in Brooklyn, and when he finally returned to finish the EP he had started recording, he instead found himself putting together enough material for a full-length—The Ones Who Wait (Asthmatic Kitty, 2012)—a whole album created, in a sense, by accident.

On the 2013 self-titled album, also released on Asthmatic Kitty Records, Denison took the same spirit of quiet acceptance that he has brought to life’s mysteries, happy accidents, and even calamities, and turns it towards—as the title might suggest—himself. Citing inspirations as different as Rilke’s Letters to a Young Poet and the life of knuckleball pitcher R.A. Dickey, he reflects on the life he’s led, from his earliest days on the road.

“Looking over the arc of a career, there are moments when you got it right and moments where you didn’t,” says Denison. “For me, music’s always about the process. It’s not always about the final product; it’s more about the journey. You work song by song and album by album in pursuit of something—I really try to trust that approach.”

That approach continues on the upcoming record American Foursquare, a mediation on empathy, on love, and on meaning of home.

Denison is releasing the new album in 2020 in two sides, with the first singles arriving in 2019.