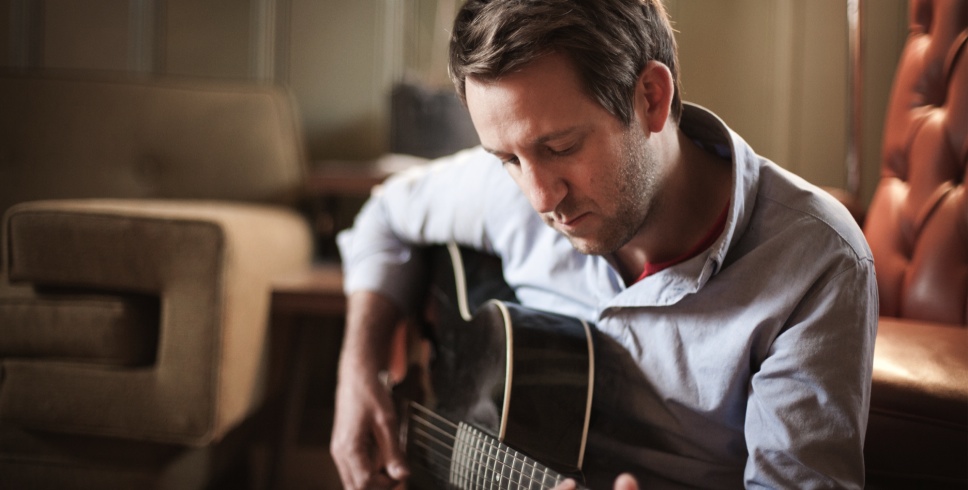 “I’m determined to change,” sings Denison Witmer in “Keep Moving Brother, Keep Moving Sister,” a song from his self-titled tenth record. In a new video set to the song and directed by Laura Dart, a couple’s relationship changes and moves, set against the dreamlike backdrop of rising and falling  hot air balloons at The Great Prosser Balloon Rally.

Denison had this to say about the song and video:

My wife and I were driving through New Jersey a few years ago when we noticed the sky was full of hot air balloons. It was so beautiful that I almost crashed my car. We pulled off the highway with a simple plan: find out where those balloons are taking off or landing. We drove for an hour or more, winding through the countryside, stopping often to get out of the car and take in the sky full of balloons. Its an indelible moment of spontaneity, love, weightlessness, and being in the moment with someone you love. I feel the same way every time I watch this video.

Denison is also embarking on a “Living Room Tour” from November 2014 to February 2015.

Denison’s own peculiar art in making music means going against the grain, and trusting in forces beyond his control. A composer of subtle, deeply sincere albums in the era of instant mp3s, he wrote this self-titled album partly about learning to accept the person, and the artist, he finds himself becoming.