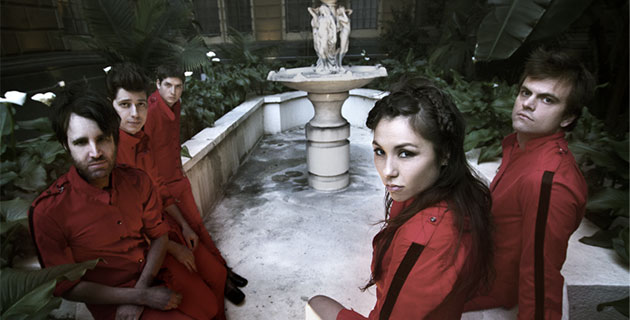 We have not one, not two, but four shows in just three days for Asthmatic Kitty artists Fol Chen and Denison Witmer in London, starting on June 3.

Denison’s recently released self -titled album has received glowing praise from the likes of Uncut, who gave it an 8/10 and said “it’s a beauty” and  featured one of Denison’s tracks on their Best Albums of the Month compilation.  Denison will play his first headline UK show  at the Angel in Islington on June 3. He follows that  and then an invite only show at Black’s, also in London on June 4 (for an invite, please email tom at asthmatickitty dot com.  Denison then heads north to Manchester for a show at the Castle on June 5.  All ticket details are available on the tour page.

Fol Chen will make their way into the UK for their first London show for 3 years when they play a free gig at the Shacklewell Arms, London on June 5.  Tickets can be downloaded here. They’ll be playing songs from their brand new long player The False Alarms described by The Line of Best Fit as “everything is meticulous, deliberately ingenious. It all flows excellently; there’s no disjointed genre-hopping here.”

Asthmatic Kitty presents The False Alarms: songs of uncertainty, identity, part-time love, loss, and mistaken reality. It’s pop music for people who aren’t sure where or when they are, but who know it’s nowhere they’ve been before.

Denison’s own peculiar art in making music means going against the grain, and trusting in forces beyond his control. A composer of subtle, deeply sincere albums in the era of instant mp3s, he wrote this self-titled album partly about learning to accept the person, and the artist, he finds himself becoming.