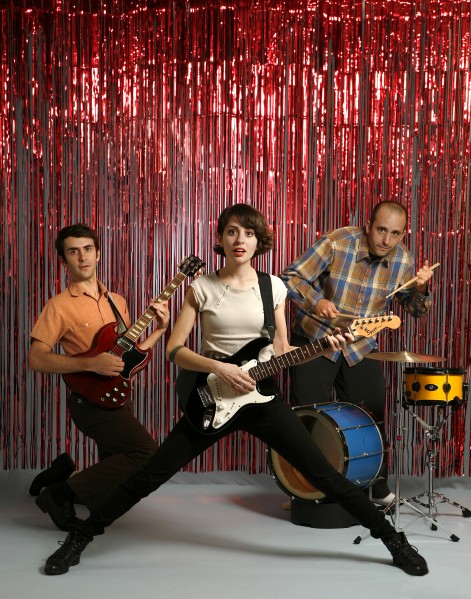 Cryptacize deals in the unforgettable melody, the forsaken chord and the extravagant sentiment. They offer a distinct kind of pleasure; it’s not casual background or ‘lifestyle’ music. Nedelle Torrisi’s surefooted and richly nuanced vocal arabesques, like a modern day Freddie Mercury or Ronnie Spector, strangely complement Chris Cohen’s guitar, maniacally sped-up a la Les Paul or staccato and funny like Roy Smeck or Adolph Jacobs of the Coasters. Michael Carreira’s syncopated drum corps rudiments and pit-orchestra rave-ups propel the songs with a refreshingly buoyant touch that never lapses into rock music cliches. There are also widescreen cinematic moments that take on a mournful and otherworldly pathos, like Henry Mancini’s “Experiment in Terror” but with vocals by Cambodian 60’s pop legend Ros Serey Sothea – or like Arabic diva Fairouz singing along to a psychedelic film score by Popol Vuh. Simultaneously happy and sad, pragmatic and mystical, hopeful and doomed, MYTHOMANIA (Cryptacize’s second album) is a revelation by anyone’s measure. The playing shows a new level of confidence and intent, as well as an artful sense of timing – it’s the sound of a band that’s found themselves and is growing by leaps and bounds.

Never ones to follow the rules, Cryptacize have been touring the US in a Toyota Corolla (opening for bands as diverse as Why?, Danielson, Shearwater, Ponytail, Magik Markers, Marnie Stern, The Blow, Mirah, etc.) performing using miniature amps and drums – a sight which has caught many a spectator off guard. They are a thoroughly unconventional band, but one that is somehow miraculously easy on the ears. Deceptively simple, using modest means to achieve ambitious ends, never predictable, Cryptacize challenges preconceptions about how a song should go or how rock music should make you feel. But in the end, they always leave you with a tune you can hum and lyrics that tell a story.