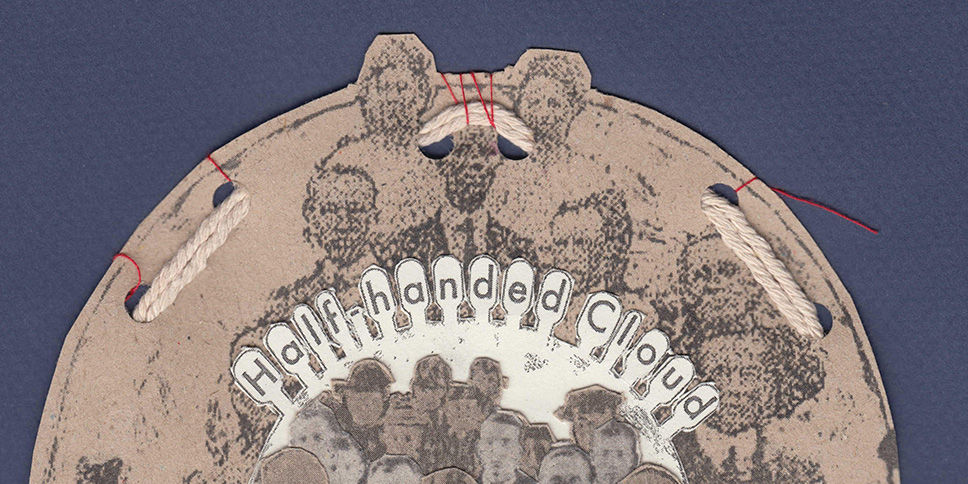 A couple of weeks ago, we debuted three new-to-us songs from the forthcoming Half-handed Cloud compilation, Gathered Out Of Thin Air.

Today, Half-handed Cloud (aka John Ringhofer) is releasing a new batch of three additional songs: “Peoples With Rubbed Out Steeples,” “California,” and “You Came To Disappear.” All of these come from small-run vinyl pressings over the last decade.  This is the digital debut of 2011’s “Peoples With Rubbed Out Steeples,” (originally part of Burnt Toast Vinyl’s 1-Sided LP series) and ”California” (from a 2012 Spendour split-7” record with Norway’s I Was A King. “California” is a cover of one of I Was A King’s songs. “You Came To Disappear” comes from 2015’s analog monophonic synthesizer-based Jiminy Circuits EP, originally commissioned by Plastiq Musiq.

Listen to those songs on Spotify here, on Bandcamp here, or on your favorite platform.

Gathered Out Of Thin Air is a new double LP gatefold sleeve compilation of sixty newly-mastered rarities and singles, recorded throughout the HHC’s second decade (2010-2019), set to release November 15th 2019 via AKR on digital, streaming, and 2xLP. Though some of the sixty tracks have seen previous release in other formats, this is the first time these songs have been re-mastered and compiled for wide release via digital platforms and vinyl.

The 2xLP is available for preorder here. Initial pre-orders through Asthmatic Kitty Records include a limited set of four bookmarks, designed by John Ringhofer.

Gathered Out Of Thin Air

With sublime brevity, Ringhofer has always tried to explore the innocence and “nectarean essence” of song melody and structure, then quickly move on. This economy reflects the quick-witted imagination of a playful and prolific musical prodigy who refuses to indulge. For Ringhofer, songs are a sacred thing, and the longer you linger, the less sacred they become.