Sufjan’s Songs for Christmas Out on Vinyl on November 9th 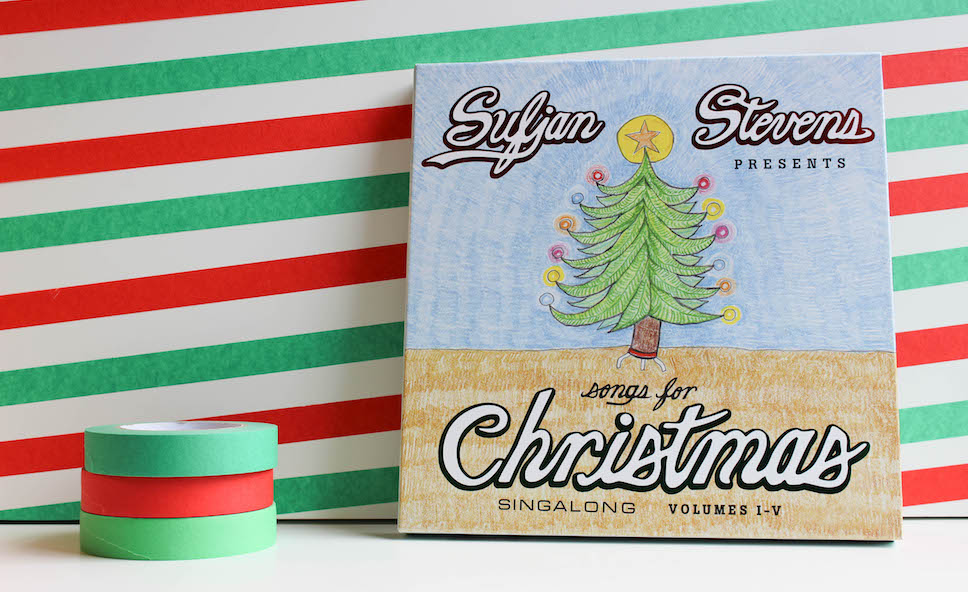 From 2001 through 2010, Sufjan Stevens recorded an annual Christmas album that he gifted to friends and family. The recording process took place every December for one week, usually at home, provoking collaborations with friends, roommates, and musical peers.

But the first five volumes have never been released to vinyl.

This holiday season, Asthmatic Kitty Records is proud to finally release Songs for Christmas: Volumes I-V as a 5-piece vinyl boxset. The boxset arrives November 9th, 2018 with all 42 songs from the original CD boxset, including fan favorites like “Sister Winter,” “That Was The Worst Christmas Ever,” “Only At Christmas Time,” and “Put The Lights on the Tree.”

You can preorder the vinyl boxset at our store, here, or at your favorite local or online record store.

The 5-vinyl boxset includes all original package design with illustrations by Sufjan Stevens, Stephen Halker, and a family portrait painting by Jacques Bredy, as well as lyrics, chord charts, and full recording credits for all the songs. Stickers, essays, and the Sister Winter comic strip from the original CD boxset are not included (but you can still buy CD boxsets with everything in it here.)

Recording traditional favorites alongside unique originals, Sufjan has, over the course of five years, constructed an odd, impressive, and compelling collection of Christmas hits (and some misses) that will either warm your heart or make you throw up eggnog all over the bath mat (depending on your constitution)