Sufjan’s Avalanche Out Now on Vinyl 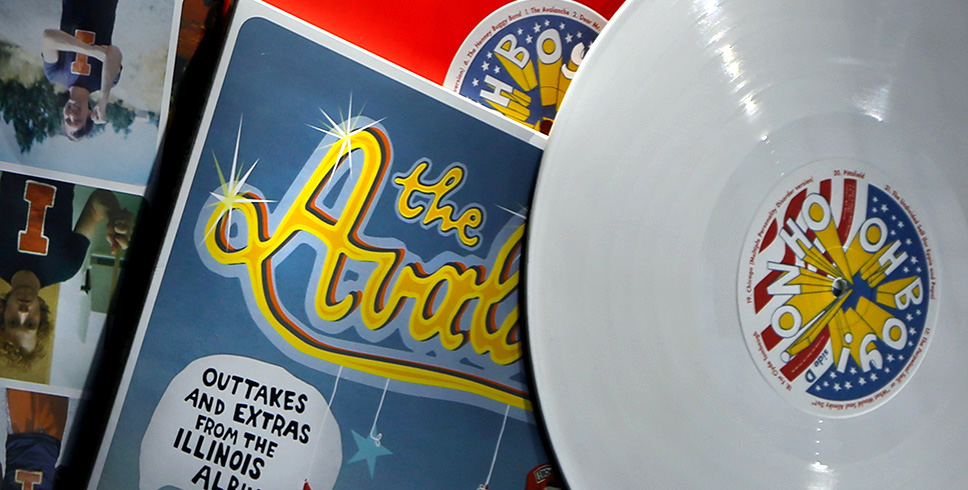 Asthmatic Kitty Records has released Sufjan Stevens’ 2006 Avalanche on vinyl on August 31st, 2018. The 2xLP is available in limited edition colors and through AKR’s store, or through your favorite record record store.

Initially conceived by Sufjan as part of a double album version of Illinois, Sufjan and Asthmatic Kitty Kitty instead released Avalanche as a follow-up companion album on CD and digital.

Fans have requested a vinyl pressing of Avalanche ever since its release.

To celebrate the album’s release to vinyl, Asthmatic Kitty Records is releasing a special colored edition, with the first of the 2XLP in “Hatchback Orange,” and the second LP in “Avalanche White.” The edition is limited to 10,000 units worldwide.

You can purchase the 2XLP on the AKR store here. Or, here:
US: Amoeba / End of an Ear / Landlocked Music / Turntable Lab / Rough Trade /
International: Fat Beats

Sufjan gleaned 21 useable tracks from the abandoned material, including three alternate versions of Chicago. Some songs were in finished form, others were merely outlines, gesture drawings, or musical scribbles mumbled on a hand-held tape recorder. Those songs were put together into what is The Avalanche.