Sufjan and Alec Duffy to Release “Lonely Man of Winter” 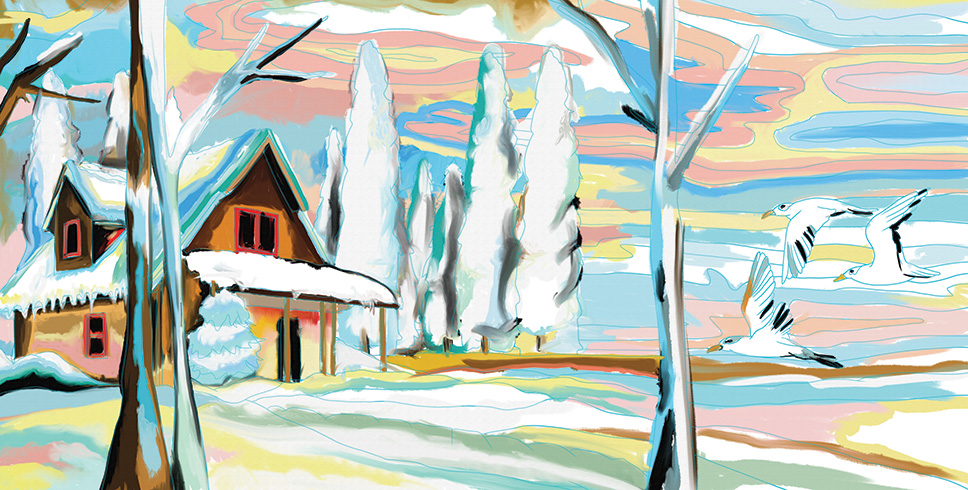 Proceeds will benefit Brooklyn non-profit performance venue JACK (of which Alec Duffy is founder & artistic director) in its mission to fuel experimentation in art and activism and help it serve as a launch pad for the next generation of artists. Pre-save on your favorite streaming platform here, or pre-order the limited edition 7-inch vinyl here.

In 2007, Alec Duffy won Sufjan Stevens’ Xmas Song Xchange Contest with his song, “Every Day is Christmas” and exchanged the rights to the song for Stevens’ “The Lonely Man of Winter,” (a song that Stevens wrote and recorded specifically in response to Duffy’s song). Using the opportunity to recreate a time before the internet, Duffy and his friend, composer Dave Malloy decided to create an experience in listening to the song. They held listening sessions, which started at their homes and soon expanded across the country, as well as a few sessions in Europe.

By 2012, Duffy had founded JACK, and soon found himself without time to continue the sessions. He approached Asthmatic Kitty to see if they would release the song as a way to raise money for JACK.

In addition to the song by Duffy, the release includes Sufjan’s own newer version of “Lonely Man in Winter” recorded in 2018. This new version is produced by Thomas Bartlett (Doveman) and features a performance by Melissa Mary Ahern.

In 2007, Sufjan Stevens wrote and recorded “Lonely Man of Winter” and, as part of a holiday marketing contest to promote Stevens’ Songs for Christmas boxset, traded ownership of the song to the winner, Alec Duffy. In turn Duffy gifted his song, “Every Day is Christmas,” to Stevens. But instead of widely releasing “Lonely Man […]