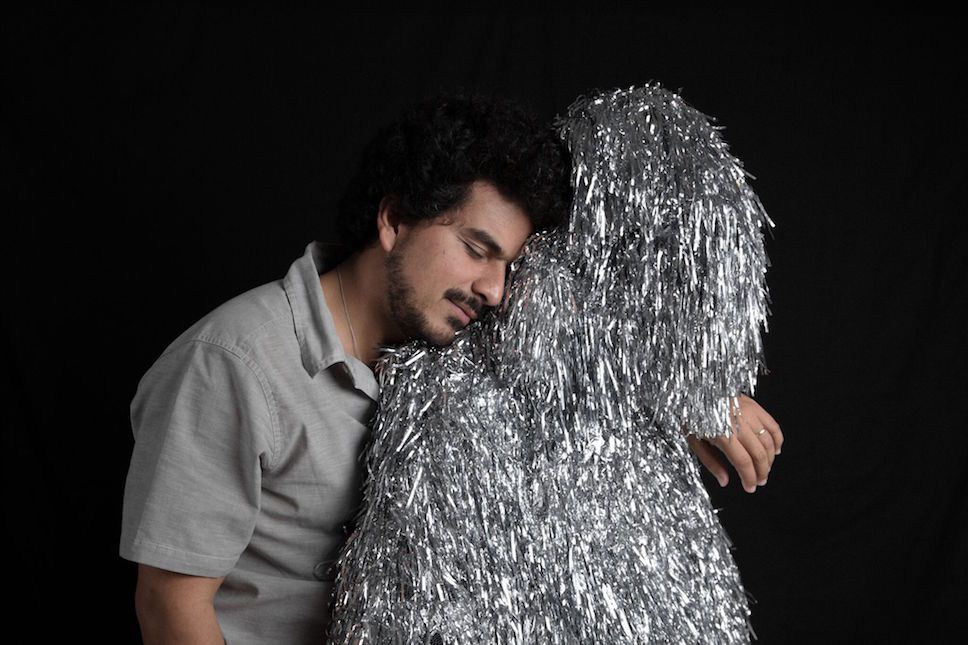 Private Energy is out now.

Here’s what NPR had to say about the album:

The music on Private Energy is a singular vision that mixes esoteric observations on life with heavy keyboard pastiche, over grooves that range from soft rock to lilting cumbias. “Mi Mano” is a gloriously layered sound collage of computer-generated beats that seem to collide with a wall of synths under cryptic lyrics that could be about anything as if they are waiting for you to assign a narrative from your own life. The album is yet another collection of music with the power to draw you in from a distance, toward a view of the world created by a singular character. Would it sound the same if Roberto Lange was making music under his own name? For now, I’m happy to have him walking around with a mask on, pulling James Brown moves on the dance floor as Helado Negro.

You can buy it on tape  in the AKR store right here.

Helado Negro is also touring in the fall:

“No love can cut our knife in two.”