New songs and music video from Sufjan and Angelo: “Back to Oz” and “Fictional California” 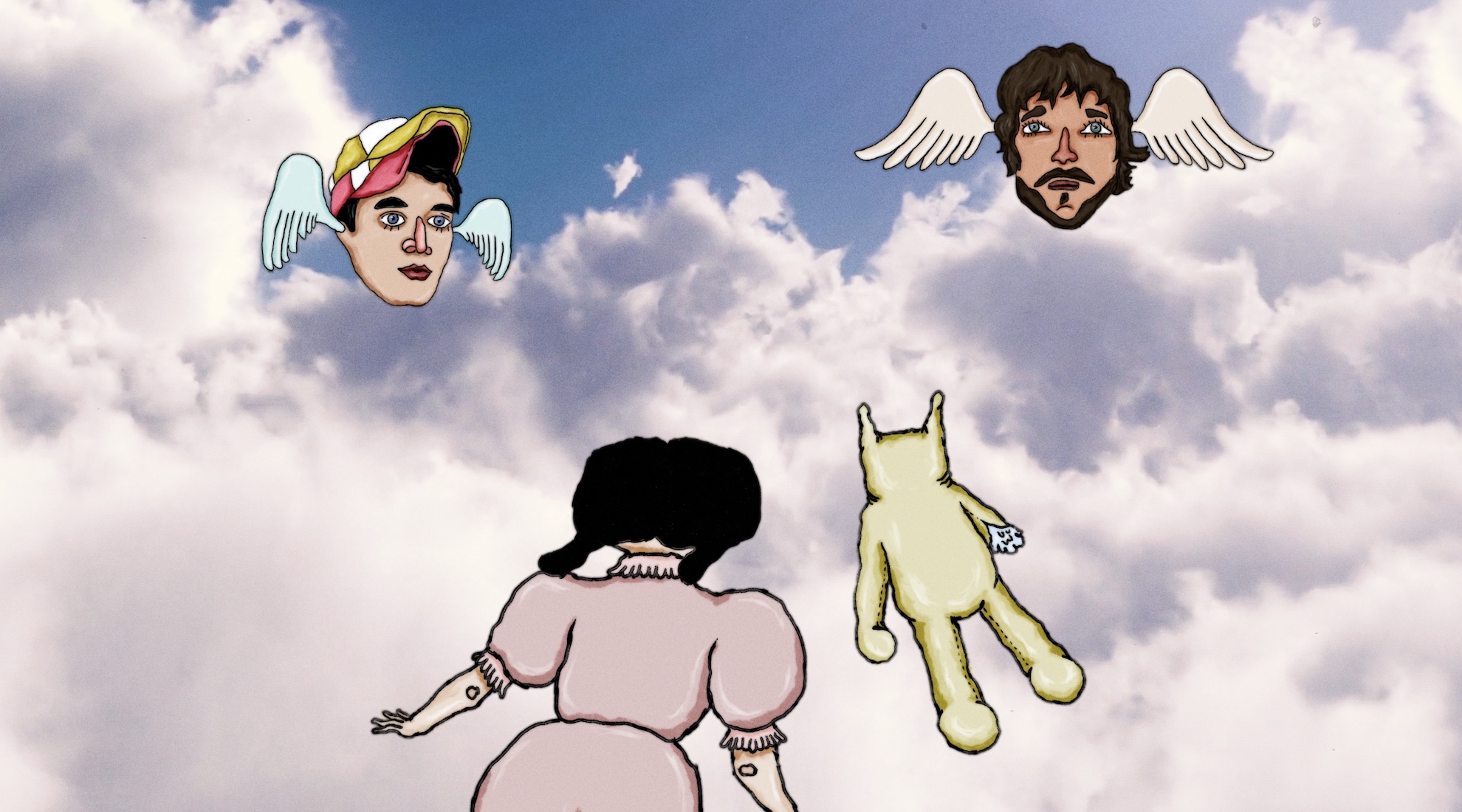 Sufjan Stevens and Angelo De Augustine debut two new songs today. “Back To Oz” (inspired by the 1985 film Return To Oz) arrives with a video directed by Alex Horan of Straight To Tell and animated by Clara Murray. Watch it here or below.

“Fictional California” (inspired by the 2004 Bring It On Again) is also out today—listen here or below.

Both tracks are from Sufjan and Angelo’s forthcoming collaborative full-length, A Beginner’s Mind, out September 24 on Asthmatic Kitty Records. Pre-order/pre-save the album here.

A 7-inch of the two songs in “Bring it On Again” Pep Rally Red is available for purchase both on its own, here, and as part of a bundle that includes the 12-inch LP and all three 7-inches, here.

“This was a song that I had written mostly at home in California,” says Angelo. “We finished its lyrics after watching Return to Oz. The words reference an erosion of a central character’s internal reality. A loss of innocence is the impetus for a journey to find inner truth. In the film, Dorothy returns to the world of Oz to find its landscape in ruins and its citizens frozen in stone. Only she can find the ruby slippers and return peace to Oz. Only we can save ourselves, but we first have to remember who we truly are.”

“Angelo is mostly known for his intimate home recordings; his music is quiet and confessional. So for “Back To Oz” we decided to go for something flashier,” adds Sufjan. “The song has a fun guitar groove, so we gave it some bass and drums, and Angelo even recorded his first electric guitar solo. It’s a sad song—being mostly about disillusionment—but it has a great party vibe too. Which sort of runs parallel to the narrative in the film: Return to Oz is a psychedelic fantasy ride through the unknown, but the main characters are mostly driven by fear and loneliness.”

“We love the dreamlike quality of ‘Back To Oz’ and how the chorus transports the listener to another world,” says video director Alex Horan. “We wanted to evoke those same feelings through the visuals.”

“I love to make anything and everything come alive—the clouds, a fork—everything has a soul and can become a living, breathing thing. So the idea of creating a whole world engrossed me,” says Murray, animator for the video.

The new tracks follow “Reach Out” and “Olympus,” released last month. Listen and watch the video for “Reach Out” here.

It’s been said that writing about music is like dancing about architecture (impossible and absurd). But what about singing about movies? Sufjan Stevens and Angelo De Augustine have paired up for a collaborative project that does just that.

It’s been said that writing about music is like dancing about architecture (impossible and absurd). But what about singing about movies? Sufjan Stevens and Angelo De Augustine have paired up for a collaborative project that does just that.