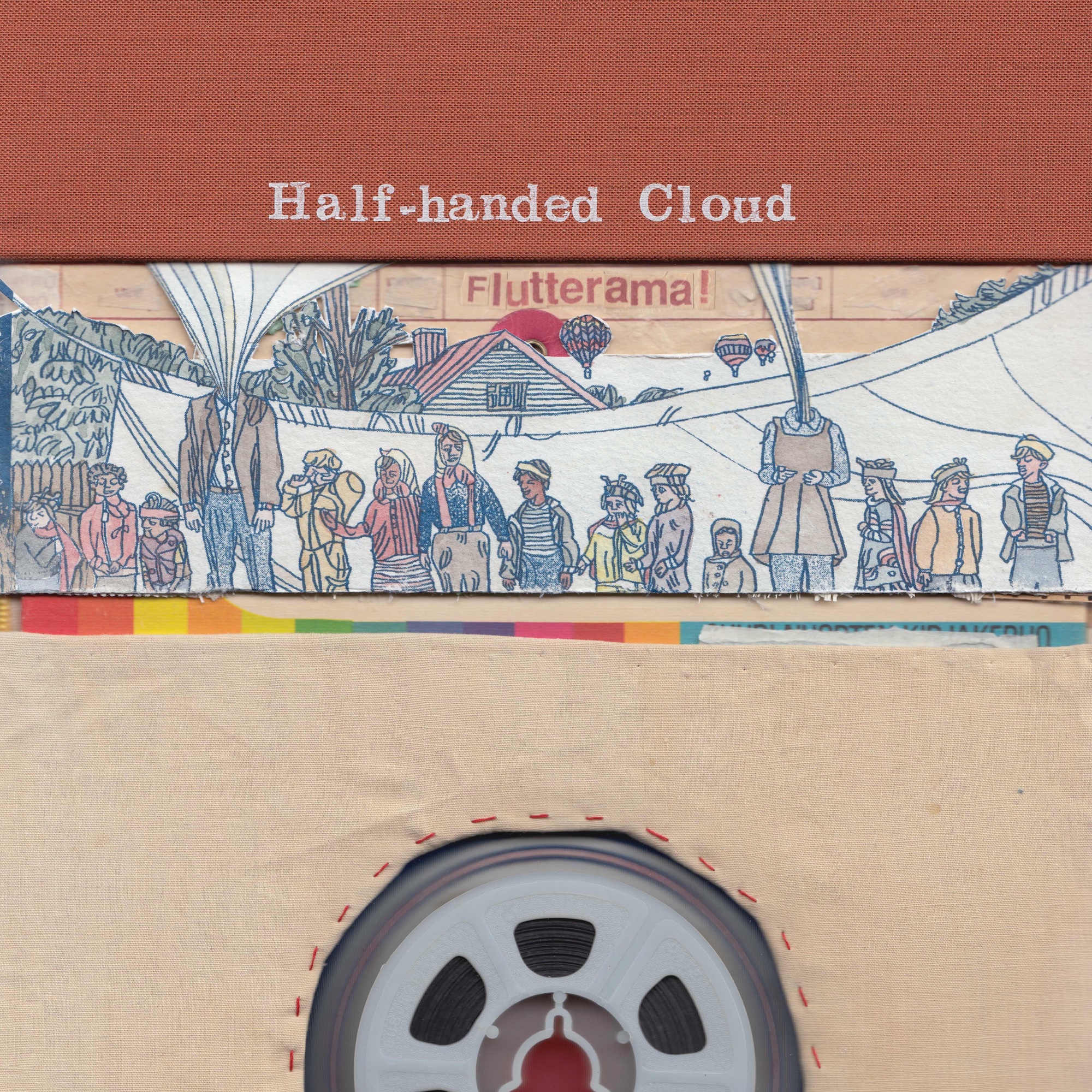 Flutterama, the seventh album from Half-handed Cloud (John Ringhofer), is available for purchasing and listening now. Check your local record store for the Oxidized Tape Brown LP, or you can buy an LP bundle for $45 that includes the LP, a union-made sew-on patch, some Half-handed Cloud balloons, an 11×17 artwork poster, and a Half-handed Cloud made-in-USA tote bag here. The LP and CD and cassette (in Wild Bilberry Purple!) are also available.

Listen to the album here.

This release (and indeed every Half-handed Cloud record!) is a milestone for the label. Our second catalog release, AKR002, was the 2001 reissue of Half-handed Cloud’s 1999 self-released album, Learning About Your Scale. We’ve been putting out Half-handed Cloud music since then –  for over twenty years now! At a time when so many things feel so very ephemeral, we feel deeply honored to have been the long-standing home for Half-handed Cloud. John’s music is sobering and honest, but it is at the same time exuberantly joyful, profound, and ultimately hopeful. Flutterama is no exception. It’s in this spirit of great joy that we hear throughout the record that we release Flutterama into the world today — with the hope you receive it in the same way.

Half-handed Cloud is also touring in the US. Since John and his family live in Finland, this is a very rare event! Be sure to check the tour dates below. (Note: some tour dates are still in progress, so stay tuned to Half-handed Cloud’s Instagram account.)