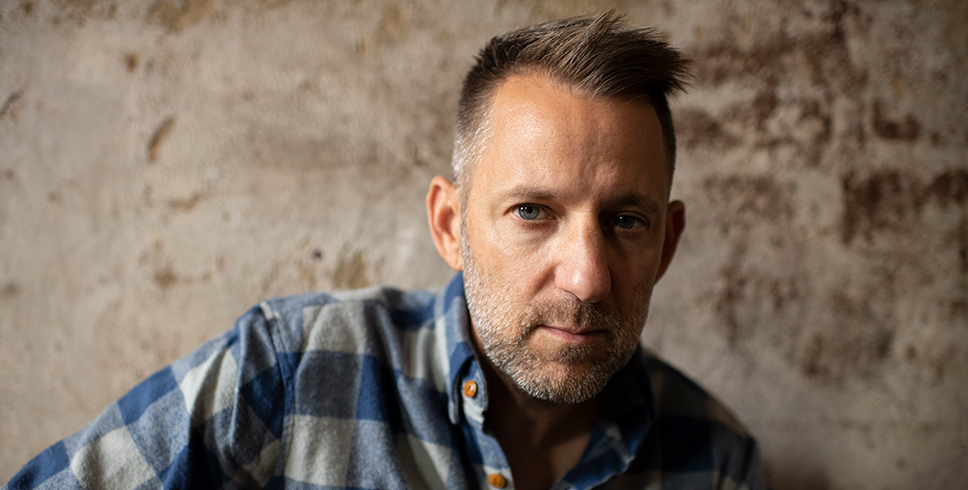 After a seven-year hiatus of releasing music, Denison Witmer is releasing a full-length album today. It’s one of his best. You can hear it now, right here. We’re taking pre-orders for an LP out later this year here.

You can also see Denison play this live online today, May 8th, at 9pm EST. Tickets are $20 and available here. Denison will also be broadcasting live via Instagram an our account on Sunday at 5pm EST. Be sure to follow us here and Denison (here).

Denison named the record after an architectural style called American Foursquare. Designed in reaction to the ornament of late-nineteenth century architecture, the foursquare emphasizes simplicity and function, with an open four-by-four room layout and a balanced, boxy shape. It’s one of the most common styles of American architecture. And it’s the perfect namesake for music that gently compels us to find beauty in the common, the simple, and the now. “Every day before me is a god,” he sings on “Birds of Virginia.”

The record arrives at a chaotic, uncertain time, and yet, as Denison sings: “I have to live in the moment, I have to move to the slightest touch / Because the negative predictions and apathy are all too much.” This lyrics captures Denison’s ethos through the whole record: the contemplation of life’s challenges but with a constant eye on hope.