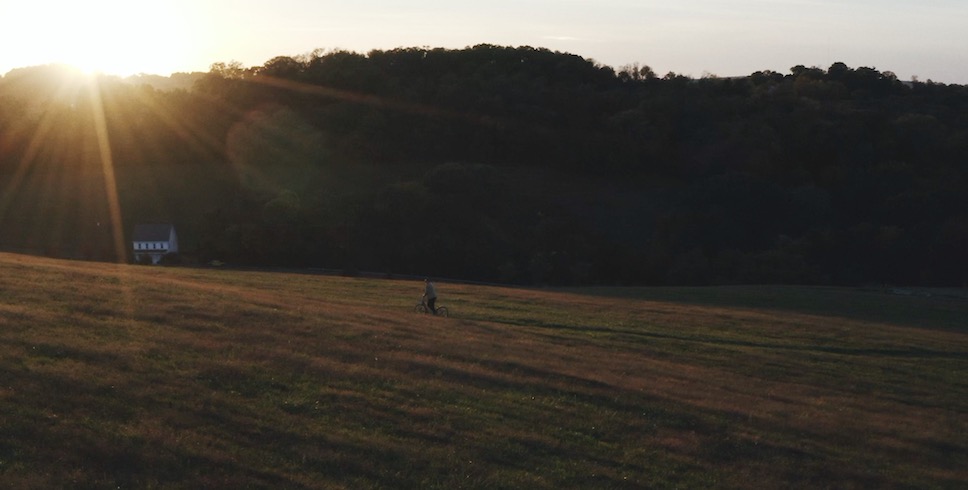 Today, Denison Witmer returns with word of a first physical release for his twelfth album – and first in seven years – American Foursquare landing on Jan 8th. Released digitally during lockdown earlier this year, the album sees an expanded edition in January accompanied by brand new tracks, outtakes, stripped back versions and more.

Of the track, he offers:

“The recording of ‘Lancaster County’ started out as something of an afterthought. When we were making American Foursquare, we ended up finishing drum tracking ahead of schedule on the final day of recording. Since I still had another 4 hours of studio time, I called my friend Jessica Dobson (Deep Sea Diver) and asked if she wanted to come to the studio. Jessica is the best guitarist I know – she can play anything really well – and I thought it would be fun to experiment with a live recording of this song. I usually write and record in isolation, so the opportunity to play in a band setting is always exciting. I love feeling/hearing the songs become something new in other people’s talents and headspace. This song unfolded exactly as it needed to: It’s a folk inspired country rock anthem. It’s the only song from the American Foursquare sessions that feels this way, and it’s the only one that was recorded live. In the end, it didn’t quite fit the overall vibe of American Foursquare, so I decided to release it as a stand-alone track.”

You can pre-order the CD and LP at our store here.