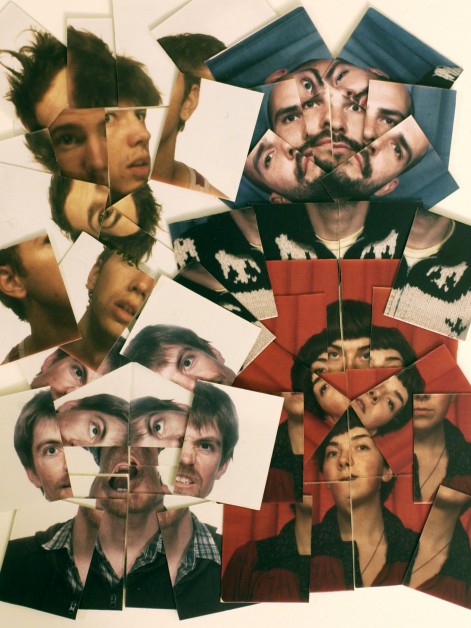 Shapes and Sizes eponymous debut saw the band in Victoria, British Columbia, Canada. With fresh, keen faces, this island town was a perfect place for the band to spread its roots. Shapes and Sizes quickly became entrenched in Victoria’s music scene. With fortified optimism, they embarked on a nine week tour of the United States and Canada. A 1979 Dodge camper van provided travel and accommodation as they crept from one $100 show to another – the west coast, Texas, the Midwest. A pivotal show in New York followed by a breakfast meeting with Sufjan Stevens gave the band further reason for shiny-eyed enthusiasm. Stevens’ Asthmatic Kitty label released the debut album in the summer of 2006.

What made Victoria, B.C. an ideal place for the band‘s formative years soon proved constricting, so Shapes and Sizes packed their bags in favour of Vancouver‘s brighter lights. These were the fighting years. The band kept an ambitious touring schedule – tours with The National, Yeasayer, Castanets, They Shoot Horses, Don’t They? They smelt it and they wanted it. It was here that they recorded their sophomore album, Split Lips, Winning Hips, A Shiner – a glorious mess, jagged guitars matched with gentle banjo, as brazen as it was sensitive.

Dissonance needs resolution, and for Shapes and Sizes that resolution is Montreal. They settled here three years ago. And while their lives are filled with the stuff of everyday life, their evolution hasn’t slowed. The band’s third record, Candle To Your Eyes, is a calm, consistent fire – a set of strong, measured songs that are neither shouting in your face or wallowing in their own mood. Cohesive and reliable, this is the record where Shapes and Sizes becomes a band, not just a collection of songwriters.