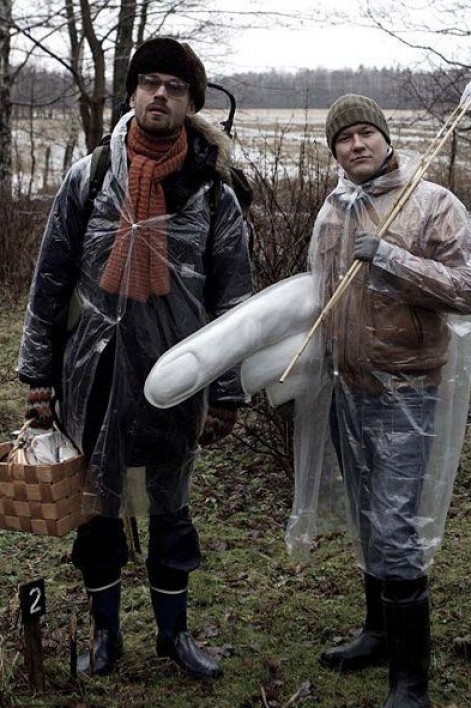 People have been asking James Spectrum (AKA Pepe Deluxé’s Finnish mainstay Jari Salo) why the band’s fourth album, Queen of the Wave, has taken so long to appear.

“Well, it could only be completed when the Great Stalacpipe Organ was mended,” he explains. “That is typical Pepe – to spend six years waiting to make a track that’s two minutes long.”

The recently restored Stalacpipe Organ is the world’s largest musical instrument. Built in 1956 in an underground cavern in Luray, Virginia by mathematician and electronic scientist Leland W. Sprinkle, the Organ involves keyboards that trigger rubber-tipped mallets. These strike stalactites to create music throughout a vast cave system. Jari’s New York-based Swedish Pepe partner Paul Malmström arrived in the cavern dressed in a white tuxedo and bow-tie (naturally) to lay down the lovely instrumental “In The Cave”. The song marks the first recorded composition using the organ.

The Stalacpipe Organ was the last part of the epic, wonderful jigsaw that is Queen of the Wave. This new album sums up why Pepe Deluxé are such a deliciously unique proposition. For starters, it’s thematically based around the mystical 19th Century novel A Dweller On Two Planets, a book supposedly channelled by its American author, Frederick S Oliver, from a cosmic entity called Phylos the Thibetan. The book concerns itself with Atlantis, Venus, sci-fi futurism and reincarnation.

It’s also folk music. Kind of. “I’ve always loved acid folk from the late ‘60s, when the British hippies started singing it,” says Jari, “but, being Pepe, you have to bring the big drums in at some point.” And as for the easy listening aspect, “Paul is a good looking Swedish guy with a penthouse in lower Manhattan – of course he’s going to write things inspired by exotica, space age pop, and bachelor pad music – then I add Finnish nastiness and attitude.”

Paul Malmström is now a full-time member of Pepe, but Jari remains its original beating heart. The son of an inventor, Jari founded the group in the mid-‘90s. Pepe bloomed from underground hip-hop into bouncing big-beat pop. “Before You Leave,” their first single on Catskills Records, became a hit after Levi Jeans used it in a commercial — and earned a Cannes Gold Lion (Best Ad Music award). The award winning albums Super Sound, Beatitude and Spare Time Machine showcased a transition from sample-made music made to recordings that sounded like samples, with an increasing dosage of uproarious ‘60s psychedelia. And they never lost the party vibe. Not once.

The new album continues Jari’s exploration into old and bizarre technologies, including an Edwardian amplifier (originally intended for early telephones), an 1890s invention wire recorder, a hidden “thunder” effect on a baroque pipe organ, and even a “Psychical Predictor”: an electric apparatus designed for contacting “the other side.” (You’ll have to listen to the album to hear if it worked.)

“I’m more and more interested in the Victorian elements,” Jari admits, and their “incredible mixture of science and superstition.” To bring this vision to life, the Pepe duo collaborated with a host of musicians such as Samuli Kosminen of Múm, master metal drummer Kai Hahto, ArcAttack and their lethal Tesla coil synthesizer (Google it!) and the Czech Film Orchestra, as well as a panoply of vocalists from every conceivable background: vocal group Club For Five, opera singer Kirsi Thum, Moomins actress Sara Welling, Australian rocker Boi Crompton, and Bostonian Chris Cote, whose main band, The Upper Crust, perform dressed as 18th Century aristocratic fops. And why shouldn’t they?

Queen of the Wave is Pepe’s next big stride forward. Jari Salo and Paul Malmström’s creation is unlike anything else around, yet avoids the usual tropes of avant-garde or eclectic. Queen of the Wave is above all else approachable, like sunshine pop shining in from a parallel dimension, lit bright with fabulous ideas, startling production and, most importantly, songs that pop.