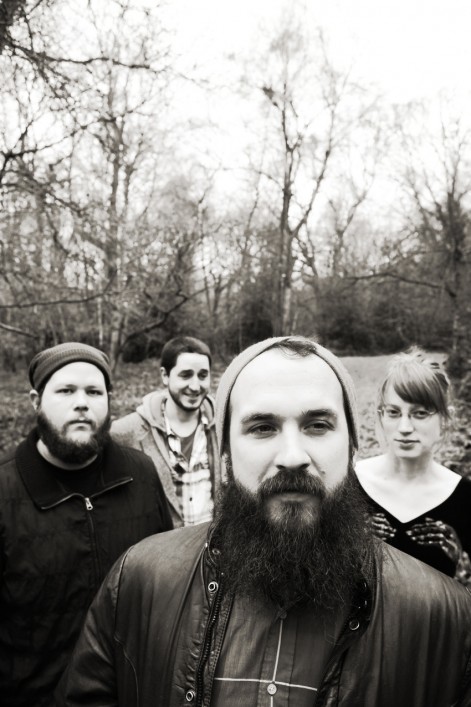 Jookabox, the name of Indianapolis native David “Moose” Adamson’s musical project, sounds like a child slurring the words “Grandpa Jukebox,” implying filial connection with an archaic musical object. Either that or the intoxicated pronunciation of a strange blues artist’s nom de plume.

When David was in grade school, his uncle took note of his developing interest in hip-hop and loaned him a four-track. They mixed tracks together and the young Adamson would write rhymes to sing over them, including a double-boombox sequel to Fu-Schnicken’s “What’s Up Doc (Can We Rock?)” called “Sufferin’ Succotash (I Got Whiplash)”  At first the beats came from instrumental sides of cassette singles, then from presets on his uncle’s drum machine, and finally from his very own beat machine (a Christmas gift), the Yamaha DD-9.

But that was a long time ago.

Since then, through various incarnations and collaborations with groups such as Archer Avenue and BIGBIGcar, Adamson’s musical interests and excursions have crystallized into a startlingly singular and eclectic songwriting strategy. Jookabox’s debut record, Scientific Cricket, samples a kind of primordial blues sound, children’s sidewalk-chalk rhymes and Appalachian folk.  But his latest effort finds him moving into new, unplumbed territories. Ropechain pinwheels kaleidoscopically through old-time spirituals, punk, chain-gang hymnal, deep house, and club music hip-hop, blending these disparate elements into a cohesive and unique synthesis.