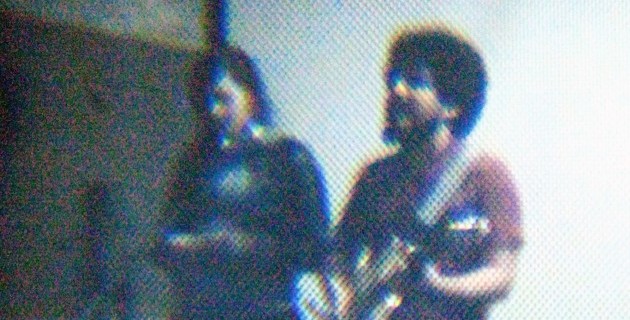 A beautiful thing happened when Helado Negro and Julianna Barwick first met: they got to know each other. The result, a collaborative band, OMBRE, and a brand-new full-length record, Believe You Me out on August 21st.

OMBRE has released their first single, entitled “Cara Falsa,” and it brilliantly showcases the ambient and programmed electronic side of this record, with a synthy space jam of pure oscillating ascendance,

What else can we expect from Believe You Me? Its ten tracks are very much the sound of two solo artists, each bringing a distinctive style, vibe, and voice to the mix. Recorded as the newly acquainted pair were just becoming friends, OMBRE shows Barwick’s clear, high harmonies and church choir sensibilities meld well with Helado Negro’s rustic-Latin-psyche-folk meets big-city-blockparty.

We’re excited to bring it to you come August. Until then, enjoy “Cara Falsa” below.

A beautiful thing happened when Asthmatic Kitty artists Helado Negro and Julianna Barwick first met: they got to know each other. The result, a new collaborative band: OMBRE.

The album feels like the product of a new friendship, the tender walking-on-eggshells moments, the celebration, the growing respect, the laughs, and the straight-up moments of wild-hot synchronicity and shared architectural creation.