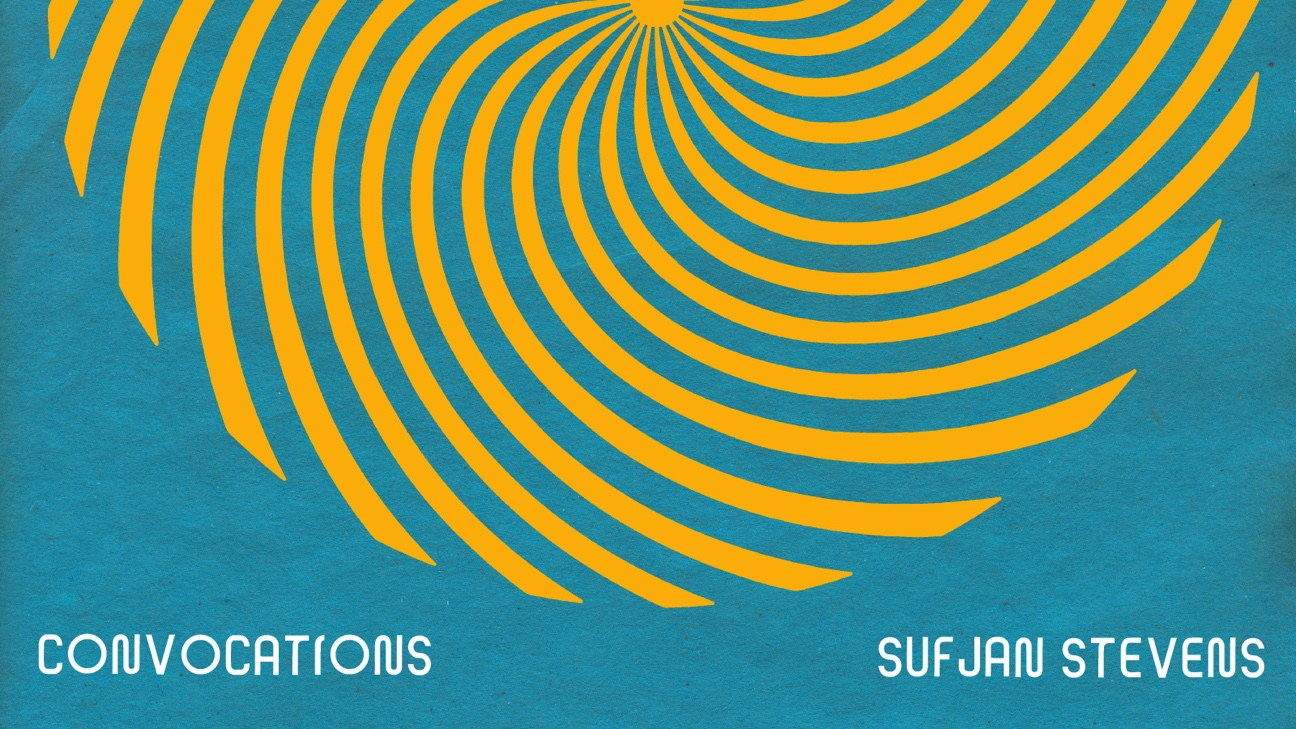 Convocations, a new instrumental album by Sufjan Stevens, will be released on May 6 digitally, and on August 20th, 2021 via 5xLP colored vinyl boxset .

Convocations is comprised of five volumes—Meditations, Lamentations, Revelations, Celebrations and Incantations—the project is a two-and-a-half-hour, 49-track reflection on a year of anxiety, uncertainty, isolation, and loss. Read more about the project here.

You can hear the first song from the project, “Meditation V,” right now by clicking here.

The full volume of Meditations will be out this Thursday, April 8. We’ll be releasing the other four volumes each week for the next four weeks. See schedule below for details.

Each of the volumes and tracks of Convocations are accompanied by a generative video art piece created by artist Melissa Fuentes.

Also: please save the date and join us on Thursday at 12pm ET, when we’ll be premiering Meditations in full, alongside with Fuentes’ visuals, via YouTube livestream here. The livestream will remain active during that week to come, and we encourage you to join in the stream’s chat throughout to reflect, respond, meditate, lament, revel, celebrate, and incant what we’ve gained and what we’ve lost over the last year, and what we see on the horizon.

We are also releasing Convocations on 5xLP on August 20th. You’ll be able to pre-order the boxset on Thursday, April 8th at 1pm ET here or over at Bandcamp here. See photos below.

Convocations moves like a two-and-a-half-hour requiem mass for our present times of difficulty, its 49 tracks allowing for all these feelings to be felt.