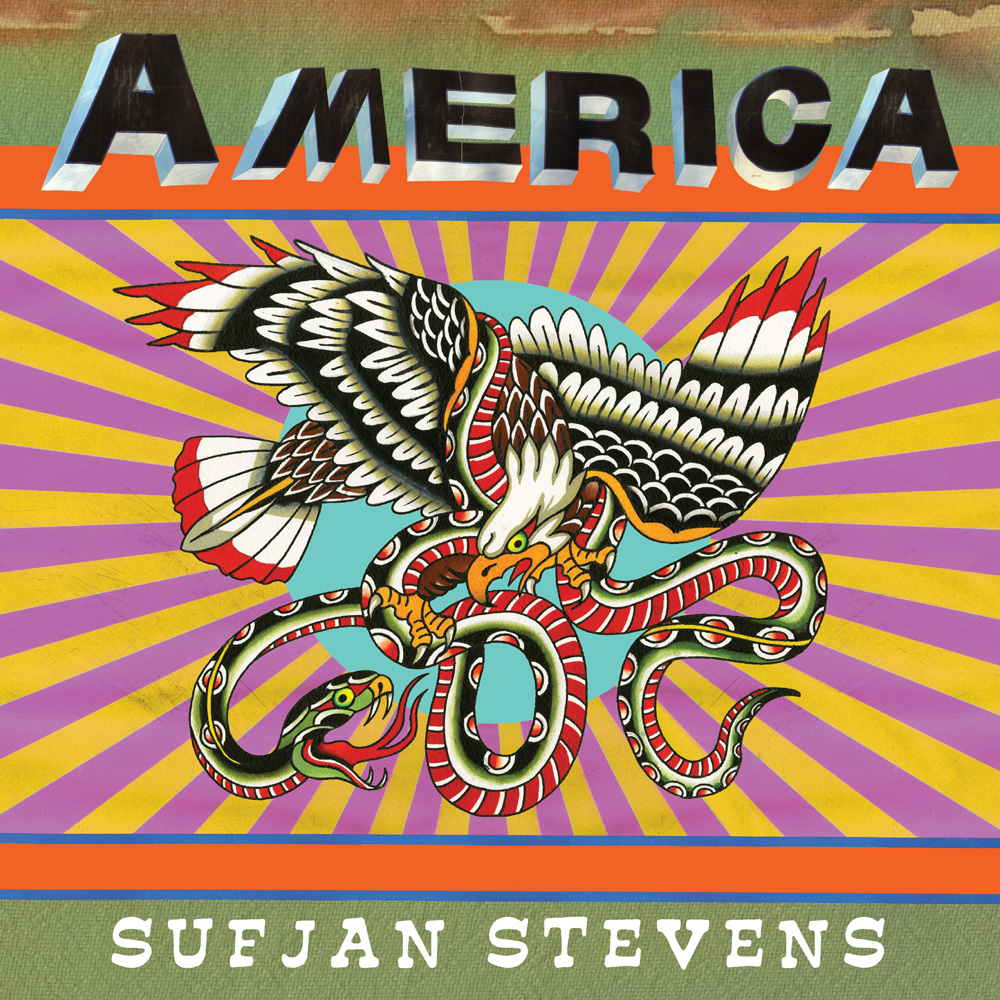 “America,” the album’s debut single, is out now alongside a video filmed by Sufjan.

“America,” and in turn The Ascension, is an indictment of a world crumbling around us—and a roadmap out of here.

Sufjan says the foundations of The Ascension are “a call for personal transformation and a refusal to play along with the systems around us.” And its first single stands as “a protest song against the sickness of American culture in particular.”

“America” may feel apt for the times, but it was written six years ago, originally worked on during the making of Carrie & Lowell (its forthcoming B-side, “My Rajneesh” was culled from these sessions as well).

“I was dumbfounded by the song when I first wrote it,” Sufjan says. “Because it felt vaguely mean-spirited and miles away from everything else on Carrie & Lowell. So I shelved it.”

“But when I dug up the demo a few years later I was shocked by its prescience. I could no longer dismiss it as angry and glib. The song was clearly articulating something prophetic and true, even if I hadn’t been able to identify it at the time. That’s when I saw a clear path toward what I had to do next.”

Sufjan then re-recorded the song and spent the next two years writing and recording the rest of the material on The Ascension almost entirely by himself on his computer, working mostly with a drum machine and handful of synthesizers, using “America” as its thematic template.

Sufjan says: “My objective for this album was simple: Interrogate the world around you. Question anything that doesn’t hold water. Exterminate all bullshit. Be part of the solution or get out of the way. Keep it real. Keep it true. Keep it simple. Keep it moving.”

The result is The Ascension, a “lush, editorial pop album,” as Sufjan describes it, that finds us all at a “terrifying crossroad.”

“America” with “My Rajneesh” on Side B is out as a 12-inch single July 31. We will be releasing “My Rajneesh” released digitally next Friday July 10.

We will have very limited quantities of the 12-inch for pre-order here at 9:30AM EDT.

Local record stores are also stocking the first-pressing edition with clear 2xLP vinyl and tip-on gatefold. Check for your store here. We’ll have some in stock at our store at 9:30AM EDT here. If you are in Europe please check our official store here to save on shipping.