Rabbit, Run For It: Make the Next Lily & Madeleine Video 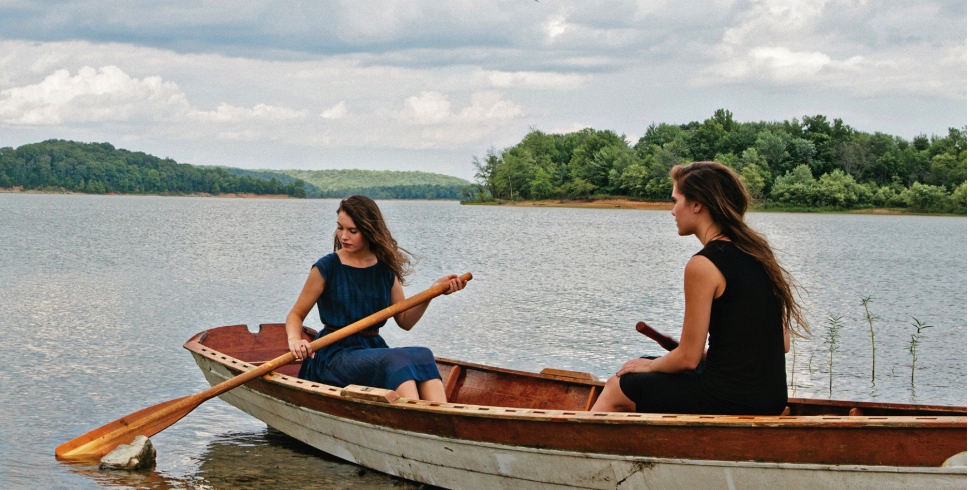 With their second LP, Fumes, scheduled for release just a year after their self-titled debut, singer-songwriting team Lily & Madeleine are turning out to be as prolific as they are precocious. Fumes follows up on the promise of that first full-length by showing the sisters moving even further beyond the nostalgic, acoustic pop sound of their early recordings with the poised rock sound of songs like their new single, “Rabbit,” whose debut this week is being celebrated with a special premiere at Elle, a new Noisetrade download, and a special fanmade video contest.

As heard at the Soundcloud stream premiered exclusively at Elle, “Rabbit” brings the Jurkiewicz sisters’ commanding voices and cool, dry wit to the part of the wronged lover in a relationship gone south. Like “The Wolf is Free,” the first track released from Fumes, it exudes both a honeyed charm and an undercurrent of menace.

At least, that might be one interpretation—but Lily & Madeleine want to see yours. At lilmadrabbit.com, the pair are offering a chance to submit fan videos, with a shot at winning one of two prize packages: as chosen by the fans, the best video wins a signed poster and a limited edition copy of Fumes on colored vinyl; as chosen by the sisters themselves, the best video is not only selected to be the new official clip for “Rabbit” but also wins a $500, a colored limited edition Fumes LP, a black-vinyl copy of the the self-titled debut LP, a Lily & Madeleine t-shirt, and a signed poster. Having once been aspiring YouTube stars themselves, Lily & Madeleine are not necessarily interested in discovering the most experienced filmmaker in the world, so much as they are in seeing a distinctive vision for their track from fans of every age.

To make it easier to enter, Noisetrade has made “Rabbit” available today in a special download, by itself or in a special compilation of singles. A new sort of song from Lily & Madeleine, “Rabbit” demonstrates just how much Lily & Madeleine have grown as musicians since they first began recording, realizing their acute songwriting instincts through a new range of studio strategies—subtle coups of arrangement and production that underscore the equally elegant fillips of their wry lyrics and close harmony. “Rabbit,” the latest snapshot from the year-in-the-life that is Fumes, portends great things from this album… and the next, and the next.

Fumes is available for preorder on pop-bottle clear LP via our AKR store here, and digitally via iTunes here.

There’s something inherently incongruous about the music of Lily and Madeleine Jurkiewicz, a pair of slight teenagers with singing voices this assured and worldly. Their music sounds like something out of another age, not the work of a pair of sisters born less than two decades ago.

As the sisters have grown as people and artists, so has their sound evolved. The scope is broadened here. The music is expansive, the instrumentation multi-layered. This is an entrancing production that allows both singers to stretch out in new directions.