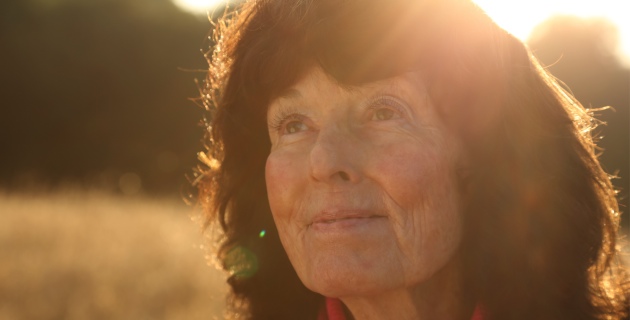 Otherworldly and ahead of its time, Linda Perhacs’ 1970 debut, Parallelograms is  a window into the time and place of its creation: sun-soaked Los Angeles at the dawn of the ’70s. So it’s fitting that she should christen her second album, The Soul of All Natural Things, with a tour that brings her brand-new music to her fans up and down the Pacific Coast.

Her new record comes out on March 4, and on March 22, she’s celebrating with a concert at Seattle’s Fremont Abbey Arts Center, followed by a pair of dates in Oregon. March 23 will see her perform in Portland, at The Old Church, and on the 25, she’ll be singing at Eugene, Oregon’s Cozmic Pizza. In California the next night, Perhacs will play The Chapel on March 26, followed by a date at Hollywood’s Masonic Lodge on March 27. Finally, she’ll head inland for a March 29 date at Pappy & Harriet’s Pioneertown Palace in Pioneertown, CA. See the details of her tour here.

Championed by fans ranging from Daft Punk to Devendra Banhart, Linda Perhacs has only grown in stature in the four decades since the start of her musical career. Her return to recording is less a “comeback” than the next step in her long-awaited arrival.

Linda: “If you follow a fad, it’s very temporary. If you centre yourself in something that is eons old, you line yourself up with the highest vibrations in the universe: more light within, more inspiration within, more love within.”

The Soul of All Natural Things

The Soul Of All Natural Things, for all its apparent serenity, is a subtly polemical album, full of exhortations to take a step out of our frantic everyday lives. “We get too far out of balance and we must find a way to get back to our polestar,” Linda Perhacs says. “I have a deeper purpose. My soul is giving itself to the people; I want them to be helped, I want them to be lifted.”