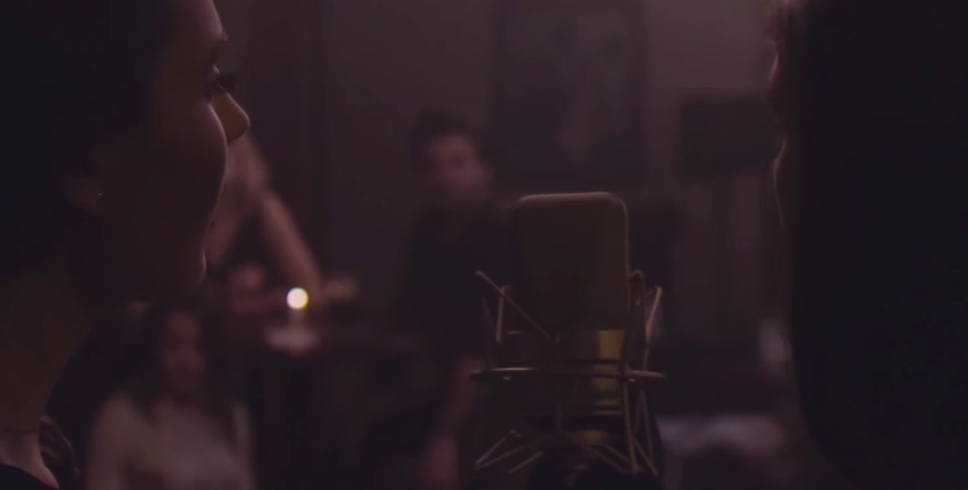 Fumes, the new record from Lily & Madeleine, is out now. A review in The Daily Mail reads, “Fumes is bewitching but never too glossy and the harmonies are sublime.”

On Tuesday, Teen Vogue premiered the music video to “Can’t Admit It.” In the video, a couple faces the reality that things might (or might not) be over for them. Lily & Madeleine sing backdrop at a swanky club. Luke Tate and Jason Drake directed the video.

The limited edition pop-bottle-clear vinyl of Fumes is still available. Lily & Madeleine are on tour in Europe now, and touring in the US with Over The Rhine in December. See those tourdates here.

There’s something inherently incongruous about the music of Lily and Madeleine Jurkiewicz, a pair of slight teenagers with singing voices this assured and worldly. Their music sounds like something out of another age, not the work of a pair of sisters born less than two decades ago.

As the sisters have grown as people and artists, so has their sound evolved. The scope is broadened here. The music is expansive, the instrumentation multi-layered. This is an entrancing production that allows both singers to stretch out in new directions.