Raymond Byron and the White Freighter 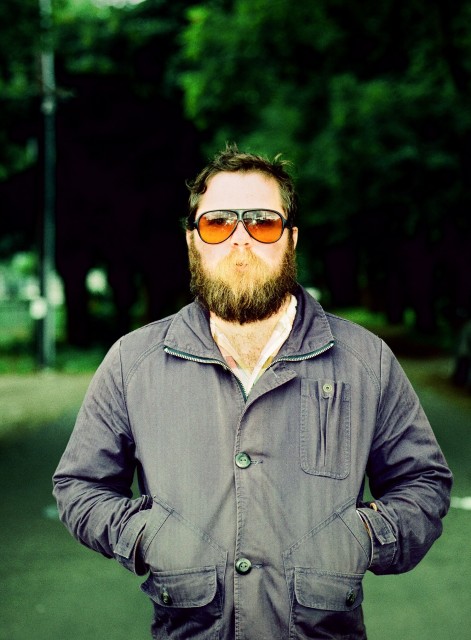 Raymond Byron and the White Freighter

Going on five full-length records since 2004, Asthmatic Kitty’s Castanets has given us a wide-lens look at deconstructed Americana. Come September 4th, Castanets’ Ray Raposa will debut a new band, Raymond Byron and the White Freighter, and a brand-new full-length, Little Death Shaker.

Where the Castanets trafficked in improv and avant-country gone coal black, Raposa’s new stuff is pure roadhouse blues. Where Castanets’ lyrics gave us Ray Carver-ian fragments and it’s-what-you-leave-out-that-counts minimalism, here we see Raposa back from the battleground with stories to tell. This is the most lyric-heavy Raposa’s been and also the most playful and humorous. Stripped of all noise influences and focusing on straight-up songs, Little Death Shaker is a record evocative of late nights and dusty parking lots, long drives and boozy hookups. This is the work of a dude who’s spent his youth and young manhood on tour and it comes through in both the music and the lyrics.

Joined by Matthew Houck of Phosphorescent and Castanets collaborators Talia Gordon and Bridgit Jacobsen (née Decook), one of Little Death Shaker’s real charms is you can close your eyes and see these 13 tracks played live; you can see the drummer leaning over his kit with his brushes, the backup singers standing around the mic, beers in hand, eyes closed, swaying side to side, the lights crisscrossing the stage. In a world of records that bands can’t duplicate live, it’s crazy-refreshing.

Raposa released his first album, Cathedral, under the Castanets name in 2004. Recorded in seclusion in the northern California woodlands, the record was a stark realisation of his avant-country sound. During the recording of his follow up album, First Light’s Freeze, three men in strange masks mugged him at gunpoint in front of his home in Brooklyn, stealing his rent money, ipod and security, a climax of a year of depression and nomadic dislocation.

His third album In The Vines, captured this rootlessness perfectly – from years on the road faking Greyhound passes, to moving to the Virgin Islands as a parentless teenage professional surfer, to keeping tabs on expatriate journalist parents (father residing in Saudi Arabia and mother in Mexico), Raposa’s life has been one of back seats and rest stops. Indeed, he recorded City of Refuge, his fourth album, during three weeks alone in an Overton, Nevada desert motel room ­– two bars, no stoplight, home of The Lost City Museum – on the edge of Valley of Fire State Park (Moapa Valley to the indigenous peoples), an hour northeast of the surreal derangement of Vegas. He widened the group of people involved with the record although overdubs were still kept to a minimum – it includes performances from Jana Hunter (Lower Dens), Sufjan Stevens, Dawn Smithson (Jessamine, Sunn O))))), Scott Tuma (c, Boxhead Ensemble), and co-producer Ero Gray.

The idea of a band has been growing for Raposa – on his final album under the Castanets moniker (and the closest thing sonically to his new record) he formed a collective of musicians that put together the record Texas Rose, The Thaw and the Beasts. Produced by Asthmatic Kitty artist and longtime Castanets bro/collaborator Rafter Roberts, the record features heads like Rocket from the Crypt trumpet-player Jason Crane, Bauhaus’ David J, Black Heart Procession leader Pall Jenkins, Gogogo Airheart’s Andy Robillard, Asthmatic Kitty label-mate DM Stith, Gabriel Sundy, Chris Cory, and previous Castanets collaborators Henry Nagle and Suzanna Waiche.

Meet Raymond Byron and the White Freighters and their record Little Death Shaker. Here’s to the new.