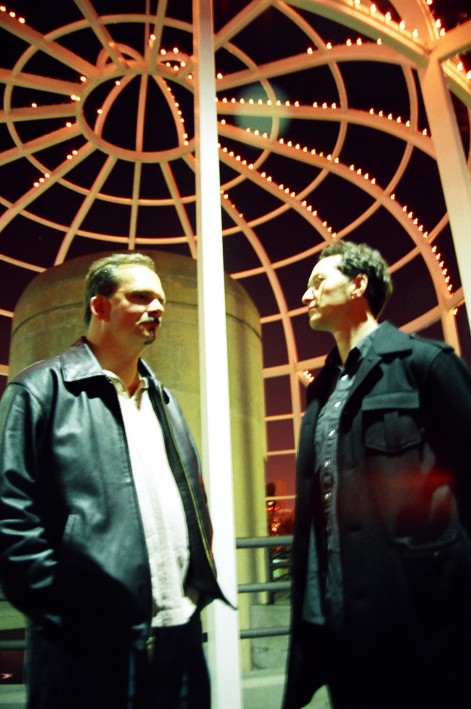 I Heart Lung is the musical gestalt of guitarist Chris Schlarb and drummer Tom Steck. Formed in 2004, the group’s first live performance was alongside true-school rockers The Pink Mountaintops at Koo’s in Long Beach, CA.

In 2005 they toured the U.S. on the Oort Cloud BBQ/Sainthood Now! bill with Castanets and Wooden Wand & The Vanishing Voice. The duo celebrated with a marbled-vinyl split 12″ featuring three new compositions on one side and two extended improvisations by Castanets on the other.  After returning from the road I Heart Lung were featured alongside HEALTH, Abe Vigoda and No Age in the documentary film 40 BANDS/80 MINUTES!